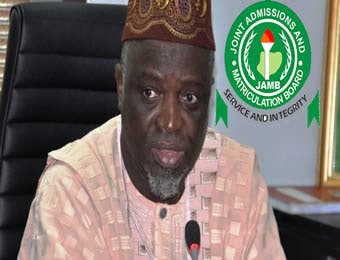 The Registrar of the Joint Admission and Matriculation Board(JAMB), Ishaq Oloyed has sought financial autonomy, claiming that parents and guardians can pay more for the UTME examination.

Oloyede stated this on Wednesday when he appeared before the House of Representates Committee on Finance.

He said the body is seeking to exit the annual budget but must be given permission to increase UTME fees to N5,000 from N3,500.

The Registrar revealed that the fees were reduced in 2017 because the body is not a revenue-generating agency, however, inflation and other economic realities now call for drastic measures.

When confronted by lawmakers on the impact of the proposed increment on parents, Oloyede responded that some parents pay extra for miracle centres.

He stated that the proposed increment is insignificant but will allow the body to be fully independent.

“We cancelled some centres because we heard that some parents paid N200,000 per child. There was a time we opened a platform for upgrades, a lot of people paid

“I believe we should revert to the N5000 we were charging. Given the inflation, if we charge N10,000–I am just giving it as an example, nobody will ask the federal government for one kobo. I am not aware of anywhere in the world, except maybe Finland— that charges as low as JAMB is charging.

In Finland, we know that everything is free,” he said.

Oloyede maintained that the body is comfortablel with the existing arrangement. Hle noted that the arrangement is offered as an alternative in the face of the budget deficit facing the federal government.