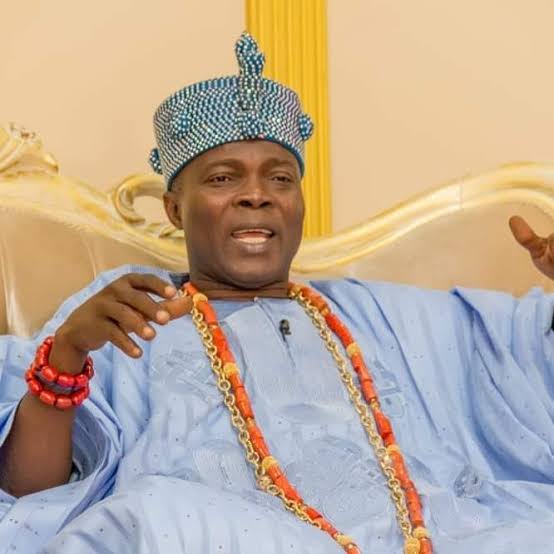 This is contained in a press release issued and signed by the Coordinator of the movement, Chief Owoeye Samuel Abiodun (OSA) made available to newsmen in Osogbo on Tuesday.

Owoeye said he was extremely happy that ‘Kabiyesi’ could achieve so much within the space of 10 years to bring his domain to the world map.

He said Kabiyesi influenced many infrastructural developments to Kuta and in its environment which included the construction of a Link Bridge between Kuta-Ede and its environs together with many constructions and rehadebilitations of roads within and around Kuta.

He added that residents of Osun and Nigeria must not forget the positive impacts of Oba Makama for being at the forefront of Monarchs defending the security integrity of Osun and Nigeria througg his enormous support given to Nigerian military which served as morale in confronting terrorism, kidnapping, armed robbery and banditry across the length and breath of Nigeria.

Owoeye went further that Oba Oyelude Makama used his traditional and social influence to promote peace and tranquility in his domain and Osun State.

The statement reads partly, “Oba Oyelude Makama, we appreciate your utmost moral and financial supports in time of our needs as a movement. Your counsel and generosity to us still lingers in our memory.”

“At a time, Oba Makama specifically called for a Press Conference for a debt relief for Osun State when he noticed the financial difficulties the state was passing through at the time. He sponsored empowerments for the youths and women on many occasions to get rid of poverty confronting large numbers of women and youths in his domain and Osun State.”

“On behalf of ILERI-OLUWA Next Progressives Movement (INLPM), I congratulate you, once again that Almighty God shall continue to bestow on you more wisdom, knowledge, power and sound health to continue to reign as the Olowu of Kuta for many years to come until you see your children’s children.”