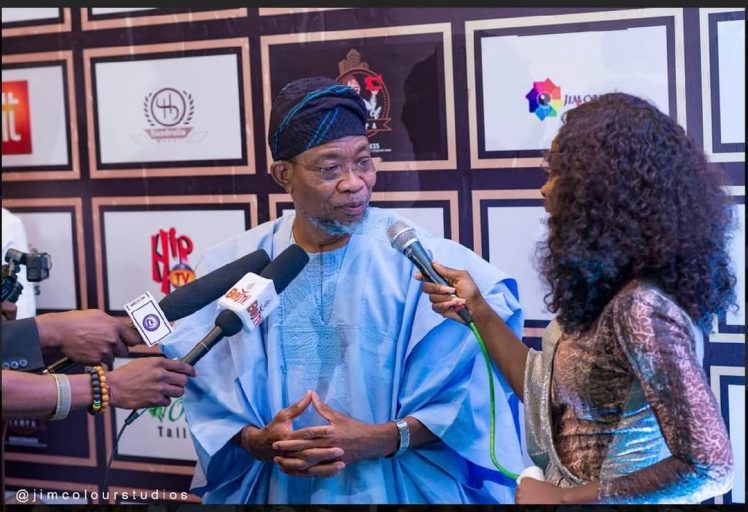 The Nigerian Minister of Interior, Ogbeni Rauf Aregbosola, assured the African Union delegations of Nigerian’s readiness to partner with African Union in achieving free movement of persons within the ECOWAS countries.

Aregbosola gave the assurance while playing host to African delegations who paid him a courtesy call in his office, in Abuja.

The Minister wondered why humans should confine themselve in one place, while other smaller creatures can freely move from one boundary to the other without hindrance. He stated that the delegations should be rest assured that he is a partner in the realization of the protocol of free movement of persons, goods and services across the subregion.

Read Also Decongestion: Aregbesola Seeks Govs Support To Release 30 Percent Of Inmates
He however said the bloody aftermath of insurgencies which constituted major threat to the realization of the free movement protocol, especially countries within the Sahel region, makes Nigeria to be reluctant in ratifying the protocol.

He added that ousting of Libyan leader brought about security breaches to Nigeria, via proliferation of arms, leading to full blown insurgencies.

Aregbosola said in furtherance to realization of free movement across the subregion, Nigerian government has introduced visa on arrival policy to expedite movement.
Read Also FG Denies Opening Nigerian Passport Processing Offices In Banks, Hotels
The Permanent Secretary, Dr. Shuaib Belgore, who was present during the courtesy call said Nigerian government’s hesitance to implement the protocol was largely on insecurity, but assured the team that consultation is ongoing with other stakeholders in actualizing free movement of persons and goods across the region.

Earlier in her speech, leader of the delegation, Rita Amokhobu, stated that their visit is to inform the Minister on the outcome of their visitation on Benin-Seme Border which she said has accorded them the opportunity to gather information on how Nigeria comply with the treaty of African Union on free movement of persons and goods.
Read Also Again, Gunmen Attack Motorists On Lagos-Ibadan Expressway
She applauded Nigerian government for mounting facilities in its borders which encourage movements across its entry points. She, however, pointed out that most of these gadgets were not functioning adequately due to erratic power supply at the border lines.