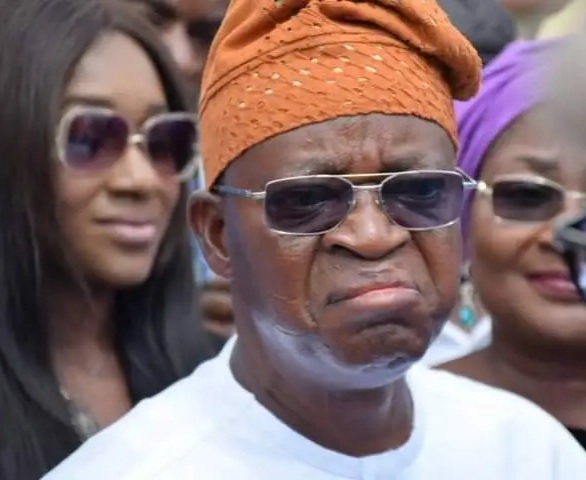 From July till date, the outgoing Governor, Gboyega Oyetola and his party, the All Progressives Congress (APC), have unleashed on members of the public coordinated lies and misinformation about their petition before the Osun Governorship Tribunal. We puncture the lies as follows:

The claim of over-voting in the July 16th poll is a product of APC’s false data criminally secured after hacking of INEC server. The falsity manifested easily after INEC synchronised the various data sources with the main BVAS machines.

The assertion that the Governor-elect had issues with his certificates proved to be false after the APC team of investigators sent to the US Institutions discovered that all schools attended by Senator Adeleke are real and that his certificates are genuine;
Read Also NBS Poverty Report Will Be Used For Resource Allocation – FG
APC’s attempt to play down the various schools attended by Senator Adeleke failed to gain traction after full disclosure of admission processes into American Universities in early 80s and 90s and after verification of American University academic practices and procedures;

The desperate push to allege certificate forgery against the Governor-elect failed before long as the Supreme Court had clearly exonerated him of any such misconduct long before the 2022 elections;

Read Also Osun Election: Akeredolu Expresses Confident In God For Oyetola To Regain His Mandate Soon
The APC’s plot to tamper with the BVAS machines through sinister moves to relocate the Tribunal sitting to Abuja backfired when the Tribunal Panel and Security agencies dismissed rumours of any threats or insecurity in Osun. APC had intended to destroy the BVAS machines containing the primary election data if the relocation had occurred. The safety of the voting machines in Osogbo generated hyperactive negative reaction from APC, leading to attempted burning of Osogbo INEC office and new twist to APC media trial;

The APC lies about over-voting were further exposed after the legal team of the Governor-elect conducted a forensic audit of the electoral machines and other materials used for the election. The forensic report established clearly a big lie in APC/Oyetola’s claims;

APC lied and misinformed the public about agreement of the counsel with the Tribunal on how to fast track the hearings. The deal is for presentation of documents with objections on admissibility reserved till final stage first by the petitioners and then by the respondents after which the Tribunal members will take a stand. Hence, petitioners’ admitted documents are subject to counter-arguments when it is the turn of the respondents.

APC and Oyetola lied about building a strong case as up till now, they were unable to call any witness to establish the content of their petition;

APC and Oyetola decieved their gullible supporters about their desire to speed up the case as they have repeatedly sought and secured unwarranted adjournment of sittings.

Read Also Osun Election Tribunal: Why PDP, Patrons Are Bitter
APC and Oyetola compounded their lies by chasing shadows , hence the false push for Senator Adeleke’s 2018 fillings with the electoral commission and education which has no connection with the 2022 petition and which was never listed in their original list of documents;

APC and Oyetola through their media cronies falsely reported Tribunal proceedings of November 16, claiming the Tribunal issued an order when none was issued. The claim that Tribunal ordered INEC to produce Senator Adeleke’s certificates was false and a gross misrepresentation of Tribunal proceedings.