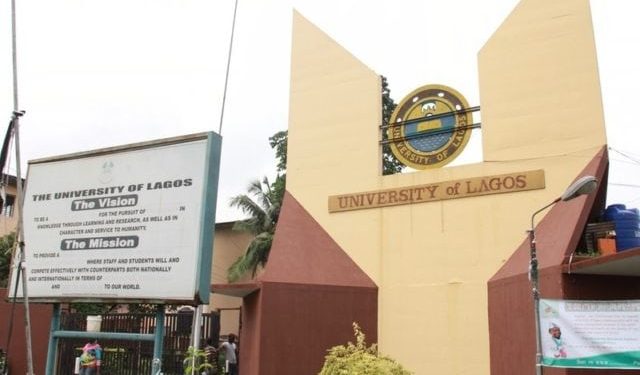 A 100 level student of department of Social Science Work at the University of Lagos UNILAG, Simon Adokwu has died after slumping on the field in Akoka near University’s Human Resource Development Centre Lagos, where he was playing football with his school mate on Sunday.

It was gathered that Adokwu, after attending church service, went to play football at a field near the University’s Human Resource Development Centre.

The undergraduate was said to be playing football with his colleagues when he suddenly slumped.

Read Also Osun Guber Tribunal: The 12 Lies Of Oyetola/APC
In a bid to rescue him, Adokwu’s colleagues rushed him to the medical centre where the doctor on duty confirmed him dead.

The Varsity’s Public Relations Officer, Alagba Ibraheem, who confirmed the development to our correspondent on Thursday, said the 22-year-old, before going to the pitch to play football, told his friends that he was sick.

She said, “But he said he was still going to go ahead and play football. In the course of playing, his teammates turned around and noticed that he had slumped.
Read Also BREAKING: Buhari Sacks NYSC Director General
“They moved closer and tried to raise him but at that point, he was completely motionless. His friends took him to the medical centre, and they immediately tried to resuscitate him but unfortunately, he was dead.

“The DSA called his parents and when they came over, they said they would like to take his body but that is not our tradition. We still need to do an autopsy and post-mortem evaluation. At that point, we had to move his body to the LUTH, Idi-Araba.”