In Osun, BVAS Is On Trial -By Ismail Omipidan 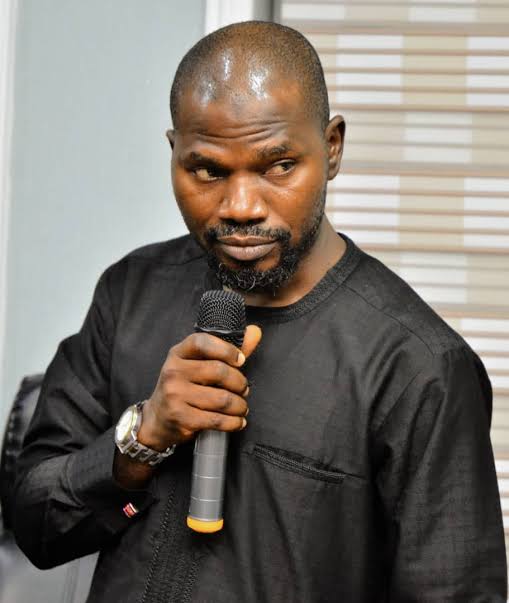 What is BVAS? It is Bimodal Voters Accreditation System. It was deployed by the Independent National Electoral Commission to conduct the July 16 governorship election in Osun.

But let me state from the outset that this is not a media trial of the case before the Osun Election Petitions Tribunal. Far from it.

It is just an attempt to educate Nigerians, particularly, Osun citizens, on the need to know that former Governor Adegboyega Oyetola and the All Progressives Congress, APC, have not abandoned their plea on the issue of over-voting for the issue of disqualification.

The two go paripasu and witnesses have been called to speak to both issues. Besides, they stated from the outset that their case is document-based. And so every material evidence, including the BVAS report, to prove the case beyond reasonable doubt has been presented to the tribunal.
Read Also EFCC Commences Nationwide Auction With 435 Forfeited Cars
Nigeria Most Natural Destination For Investment In Africa – Osinbajo Tells Vietnam’s President
Additionally, this piece is also to let Nigerians know that those raising a red flag on the issue of BVAS, should not be bullied. There is a strong basis for the position the person holds on the issue of BVAS.

And for the purpose of Osun election, the INEC Guidelines say BVAS shall be the only mode of accreditation.

But from the Certified True Copy (CTC) BVAS report made available to Oyetola and the APC about three weeks after the July 16 governorship election, accreditation through BVAS was less than the number of votes cast in 749 polling units across 10 LGAs as declared by INEC.
Read Also APC Primary: Remain Calm, We’re Challenging Court Judgment At Appeal Court – Omipidan
Why Osun APC Members Form New Caucus To Reunite All Factions
By implication, there were more voters than accredited by the BVAS (see table attached as obtained as at 7.06PM on the day of election as results were coming in). Here are a few examples: In Ede-North ward 5, Alusekere Unit 004, Owode Primary School, where the governor comes from, the total votes cast for that unit was 1,267 but BVAS recorded only 858 as accredited voters.

Again, in Ward 5 unit 14, 206 number of votes were recorded for parties against 118 accredited through BVAS. In Unit 15 of the same ward 5 Alusekere, 177 votes were recorded in Form EC8A while the BVAS report says 108 voters were accredited. So, consistently, there were more voters than BVAS accredited, and those are the issues with the Election Results declared by INEC.

However, after filing their petitions, INEC now issued another BVAS report, dated August 22, to the Peoples Democratic Party, PDP, with the PDP and INEC claiming that as at the time INEC issued the first CTC BVAS report, data had not been synchronised. Recall that election was held July 16 and results declared July 17.

The Governor, Senator Ademola Adeleke in a statement by his spokesperson, Mallam Olawale Rasheed, went further to admit that over-voting occured in only six polling units, according to the BVAS report made available to them.
Read Also BREAKING: Anxiety As CBN Limits Cash Withdrawals To N100,000 Weekly
2023: Atiku, Wife Pay Courtesy Visit To Ooni Of Ife
Assuming without conceding that there was indeed need for any synchronisation, the question will now be: what was the basis of declaring the election results on July 17?

Another poser will be: is INEC right to have issued two BVAS reports that do not align? These and many more are some of the issues the Tribunal will be helping Nigerians to resolve in the days ahead, as the defence team begins their defence on December 20.

Not a few Nigerians have berated INEC for the seeming confusion it created in Osun, thereby creating doubts in the minds of some Nigerians with regard to the use of BVAS.

The Human and Environmental Development Agenda, HEDA, for example, came down heavily on INEC, insisting that INEC’s latest role had raised grave concern over the seeming difference in the copies given to the APC and the PDP.

It further said: “INEC is alleged to, having discovered the palpable inconsistencies between figures recorded as accredited votes on the EC8A (result sheet) and the BVAS Report, tampered with the contents of the original BVAS report to protect the mandate awarded to Ademola Adeleke and PDP, at the expense of credible election, by issuing a fresh CTC to the defendants, claiming the CTC earlier issued to APC and Oyetola was incomplete and unsynchronised.”

“Considering that the Ekiti and Osun elections were conducted and declared on the basis of BVAS, how possible and plausible is it for INEC to have declared a winner from an unsynchronized BVAS? Considering the BVAS report was issued more than 10 days after the Osun election.
Read Also BREAKING: Governor Adeleke Appoints Samuel Ayanleye As New Head of Service
Ukraine’s Zelenskyy Named Time Person Of The Year
“As an Organisation committed to fighting against corruption, financial and electoral …, HEDA is concerned about this development. The Organisation observed the Osun election and engaged the process in collaboration with anti-corruption agencies to campaign against vote buying.”

Historically, outcomes of Election Petitions Tribunal sittings have in no small way helped to deepen the country’s electoral system. I am, therefore, convinced that like it happened previously, Osun’s case will be a litmus test for every critical stakeholder as the country prepares for the 2023 general elections, especially with relation to the use of BVAS by INEC.

Interestingly, some CSOs, including YIAGA Africa, have also raised issues concerning the management of the Osun July 16 governorship election.

For instance, at a recent stakeholders’ conference where it launched the election result analysis dashboard (ERAD) report agenda, YIAGA seized the opportunity to present its findings on e-transmission of election results on the electronic transmission of results in the 2022 Osun and Ekiti governorship elections to the gathering.

In the Osun election, for instance, eighty-seven (87) results were not processed on the ERAD, due to some issues.

“Based on ERAD findings, INEC presiding officers uploaded forms or documents other than Form EC8A as prescribed in the guidelines and manual for the election,” the group added.

“Blurry images and poorly captured photographs of result sheets were uploaded on the IReV portal.

“It was impracticable to decipher the number of votes scored by political parties on the uploaded forms. In some cases, the presiding officers uploaded truncated images of result sheets. In other words, the images omitted segments of the result sheets, ” YIAGA boss stated.

He further said: “From the result sheets downloaded on the IReV, important delimitation data such as number of registered voters and accredited voters for polling units was either omitted or wrongly inputted on the Form EC8A.

“Contrary to the provisions of the electoral act 2022 and INEC guidelines and regulations, some polling unit level results (Form EC8A) uploaded on the IReV were not stamped or signed by the presiding officer.

“Based on results entered on the ERAD database, there was a variation in the total number of rejected ballots, and the figures announced by INEC at the final collation.”

Omipidan is a former Assistant Editor (Politics) with The Sun