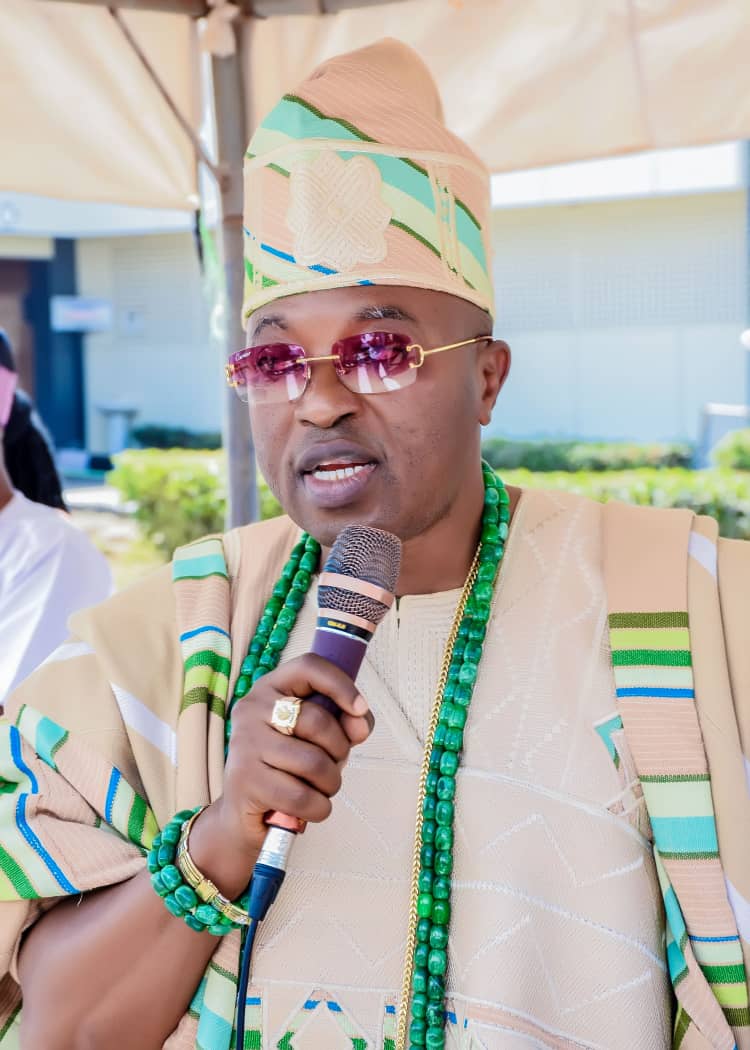 Those who were great yesterday had an eventful and historical start. The rulers of today also did and no great future leader will ride freely to success. I endured yesterday, enduring today for the pleasure of tomorrow. Such is the sacrifice of Oluwo to promote the traditional institution and his kingdom. Not many will believe you can sustain monarchy without idolatry. They have forgotten Oduduwa in haste who ruled without bowing to deities. Oluwo has changed the adulterated narrative such that monarchy and chieftaincy titles are jostled for by religious leaders/scholars to re-enact the foundation led by Oduduwa, the founder of Yoruba pure, unadulterated crown.

His book “Code of Kings” will be unveiled at Marriott Hotel, Ikeja, Lagos, tomorrow. The book will not only emancipate traditional institution from hegemony of confraternity/ secret society but will additionally endear reasonable Yoruba sons and daughters to pure monarchy, unadulterated tradition and culture but will also liberate the mind of Africa aspiring youth from mental slavery. As against the wish of those benefitting from traditional corruptions, the truth has come to stay. If you are not tired fighting the truth, fight more. We shall see if you can suppress the truth. As you are getting weaker, the truth is getting stronger.

If reincarnation is real, I must be one, Abraham (Ibraheem) reincarnated. I’ve read in Quran and Bible of how the dedication of Prophet Ibraheem in checkmating idol and its worshipping. He challenged the status quo of idol worshipping against his parents dictate. He destroyed idols and opened people’s eyes to pure, reality. When he was forced by his parents to hawk deitie, she will curse the deity and no one will buy from him. They thought he was mad.
Read AlsoVeteran Nollywood Actor, Papa Ajasco Dies
Gunmen Attack Ikenga’s Home, Kill Uncle, Two Others

He didn’t stop at that. When he grew up, he led his son and wife to a desert and left them there lonely. At that point, they suggested he should be checked by a psychiatrist. They looked down on him. Today, Ibraheem is a book to be read and a figure of pride. He was compensated and his legacy will be forever, by both believers and non believers. Oluwo has brought similar message to the traditional institution. With consistency and clean heart, truth is prevailing.

Exactly 7years ago, Iwo got a new sparkling, elegant, superlative and exotic king, HRM Oba Abdulrosheed Adewale Akanbi who prefered to be called Alase Lori Orisa (Commander over deities). Enthroned at a critical moment when Iwo is becoming archiac and by extension, Yoruba traditional system, culture and tradition are lumped up with idolatry, deitism, he solitarily took up to pay the price of returning Iwo, traditional institution, culture and traditions glory.

In 2021, the late Alaafin of Oyo, Oba Lamidi Adeyemi III, visited Oluwo , therein,he revealed his first 20 years on throne was more controversial than that of Oluwo of Iwoland. Alaafin made the statement during his visit because he was verily aware of the actions and inactions of Oluwo and the many controversies occasioned for toeing the path of honour.
Read Also JAMB Begins 2023 UTME Registration
JUST IN: Fire Guts Nigerian Police Headquarters In Kano

The many controversies surrounding Oluwo was not because he is wrong but because he brought honour to monarchy/ kingship. When Prophets Yisa (Jesus) and Muhammed were called, many thought they were insane. They went ahead to stone Yisa. The two survived and are reference points today and till eternity because they stood on truth. The truth has vindicated them. They have saw today and future yesterday.

The book unveiling to mark the 7th coronation anniversary of Oluwo of uncompromising principles restoring honour to monarchy is a vindication of truth. Not many will believe you can sustain monarchy without idolatry. Oluwo has changed the old narrative such that monarchy and chieftaincy titles are jostled for by religious leaders/scholars.

He prepared his agendum before enthronement. Despite the stones and many accompanied challenges, he toes the path of honour devoid of idolatry, landgrabbing, lording, dictatorship. Rather, he stood to protect the God of monarchs, protect his subjects’ interest, defend his territory and promote his kingdom. Today, many of those who threw stones have noticed the intention of Oluwo is to bring honour to God through traditional institution.

The book is a representation of Oluwo’s conducts. Truth will never die. Those promoting it will eternally be referenced. When Oluwo words hurt you, check yourself.

The part II of this epistle will be post review of his 7th anniversary. Look forward