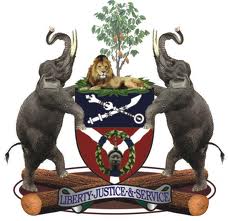 The Osun chapter of the All Progressives Congress (APC), the Tinubu/Shettima Presidential Campaign Council has condemned in strong terms the assassination attempts on loyalists of the party in the last few months.

Speaking at a Press Conference on Wednesday, held at the Tinubu/Shettima Campaign Office, Ogo-Oluwa, Osogbo, the Spokesperson of the Campaign Council in Osun, Engr. Remi Omowaye raised serious concerns over the rising cases of political attacks and assassination attempts allegedly masterminded by political thugs, since the inception of the present administration in the State.

Omowaye said, “A lot of our party members have been killed by the members of the People’s Democratic Party (PDP). We have their names, we can make their names available, they are not less than 10 persons. This is a clear indication that PDP and its loyalists are walking their talks because we could recollect vividly that before the last governorship election in the State, some of the PDP State and National Assemblies candidates threatened to attack members of our party.

“We can recollect that the PDP House of Representatives candidate for Ijesa-South, Sanya Omirin and PDP Osun West Senatorial District Candidate, Lere Oyewumi had once vowed to use explosive device for election and as well attack our members, and I am sure, this is what is playing out now.

“On December 23, I went to Atakunmosa market in Ilesa for a purpose, and in a broad daylight, I was attacked, our vehicles were sprayed with bullets. Few days after, shortly after His Excellency, Adegboyega Oyetola who branched over at our campaign office in Ilesa to address our members left the venue, our campaign office was attacked. As it is now, our candidates and members have been equally attacked to the extent that they couldn’t even paste posters in their respective domains.

“Just yesterday (Tuesday), our Senatorial Candidate for Osun West, Dr. Amidu Tadese was attacked. Our candidates could not even campaign again and they kept asking: is this not Osun that we all know, where there was peace? We are peace loving party and we are calling on President Muhammadu Buhari and heads of security agencies to come to our aid.

“There is no doubt that PDP is a party of destruction. As you can see, since Oyetola stepped aside temporarily, the crisis of kidnap has been on the increase. Osun used to be the most peaceful state in Nigeria, but today, the reverse is the case. We don’t need further evidence, just yesterday (Tuesday) people were kidnapped in a broad daylight in Osogbo.

“So, we are using this medium to draw the attention of the entire world to what is happening in Osun. We are calling on President Muhammadu Buhari, Inspector General of Police, Director of Department of State Services, and heads of other security agencies to come to our rescue in Osun. What happened in July 16 governorship election was a clear case of manipulation and that is why they are trying to intimidate us and other citizens,” he added.

However, the Council urged President Muhammadu Buhari, the Inspector General of Police, and other heads of security agencies to protect its members and the state’s citizens from the heinous attacks being carried out by political hoodlums who have been allegedly hired and supported by PDP members in the State.