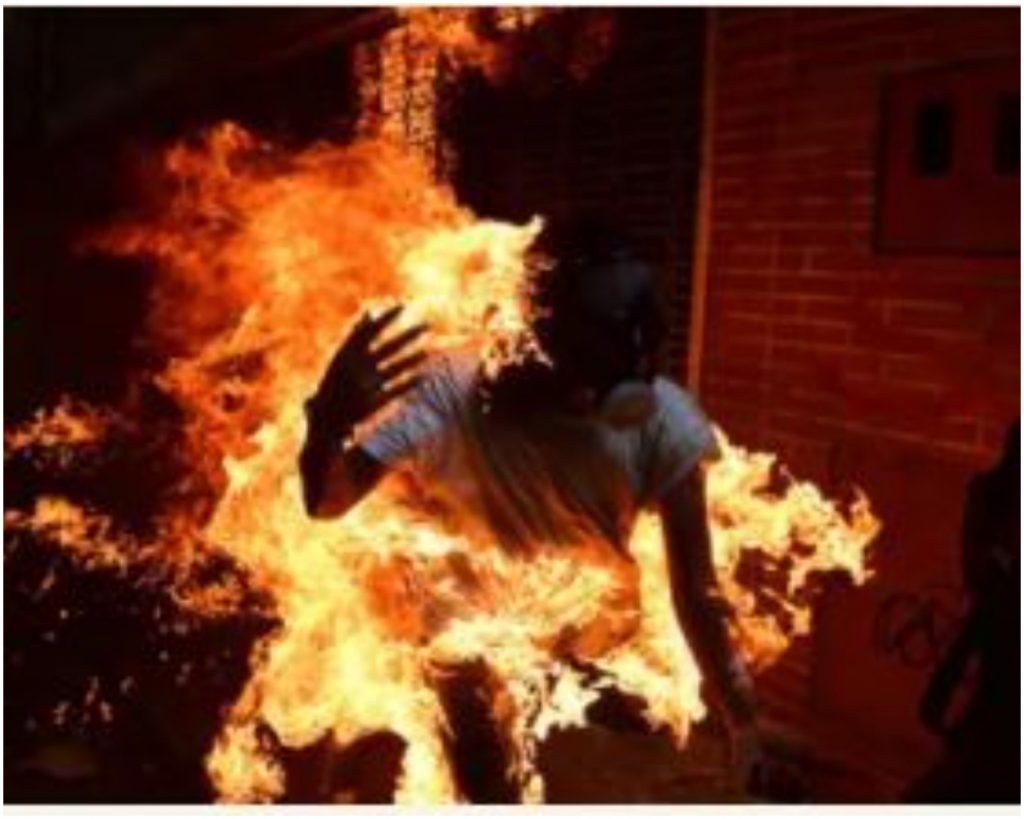 A lady identified as Toyin has set her boyfriend Moses Baba-Agba ablaze at Akoro, Badagry West Local Council Development Area, LCDA, Lagos State over her refusal to continue with their relationship.

It was learned that the boyfriend discovered that Toyin was not pregnant after he forced her to go for scanning based on the fact that Toyin had been collecting money from him for antenatal for the past few months.

An aunt to the deceased, Pedetin Baba-Agba told Vanguard that Toyin, 24, told Moses, 26, that she was pregnant some weeks ago and Moses had been giving her money for antenatal until last week when Moses told her to go for scanning to know the condition of the baby.

Read Also Update: Adeleke Visits Osun Lawmakers, Seeks Synergy
How Men Who Refuse Polygamy Contributing To Prostitution – Ned Nwoko
According to her, she came back to tell Moses that the scanning machine got spoilt when it was her turn and this prompted Mose’s mother to take her to the hospital where she discovered that she was not pregnant as claimed and as result of this, Moses brought the relationship to an end.

Meanwhile, the deceased family said they were not aware Moses told her he was no longer interested in the relationship anymore.

“On Friday night, Toyin deceived Moses’ sister staying with him and took her to the seaside for fresh air. On getting there, Toyin told her to wait because she wanted to pick some clothes at home. When Toyin got home, Moses was already sleeping. She poured petrol on him and set him on fire after locking him in the room. She then escaped with Moses’ phone but as she was fleeing, she was badly wounded on the leg by the raging inferno that spread across the rooms.
Read Also Enhanced e-Passport: Aregbesola Moves Nigeria To Number 1 In Africa And 5th In The World
“Moses struggled alone in the room for a long time before he could break the door and ran to my house for help. At first, we did not know it was Moses because he was burnt beyond recognition. In the ensuing confusion, we poured oil on him but to no avail. We then rushed him to General hospital where they referred us to the hospital at Ikeja where Moses later died on Monday. His body is presently at the mortuary in Badagry.

“We are pleading with Nigerians to come to our aid. We have also learned that this lady had allegedly stabbed her former husband to death in Ajara, Badagry and nothing was done about it. The lady was tracked down to a church and she was handed over to the police. We don’t know what they are going to do about it yet.”